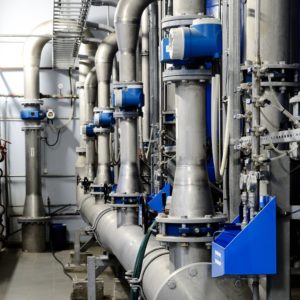 ProSep, the industry-leading technology and service provider for integrated process solutions, announced today the successful completion of a major, two-phase joint industry project conducted in collaboration with Qatar Petroleum and Petroleum Development Oman (PDO). The results unequivocally demonstrate the benefits of ProSep’s Osorb Media System. The Osorb Media System (OMS) successfully reduced the concentration of free, dispersed, and water-soluble hydrocarbons, as well as many non-polar oilfield chemicals, in produced water from an operating plant to below 5 parts per million (ppm). Phase II results clearly indicated the effectiveness of a second in-situ regeneration method for restoring the adsorption capacity of the Osorb media.  Phase I and II on-site testing of the Osorb Media System will give operators increased optimism for deploying a technically and economically effective produced water polishing treatment system by reducing hydrocarbons in water to <1 ppm for as low as $0.07/bbl.

The first phase of the field testing, concluded in the summer of 2016 with PDO at the Marmul production field , included the treatment of back produced polymer water with over 100 ppm Oil-in-Water (OiW) inlet. The Osorb Media System was able to reduce the OiW levels to below 5 ppm, the target specification for the test.  An integral part of the test was a successful demonstration of ProSep’s specifically designed regeneration processes, a simple method to clean the media in situ for further reuse.  Once the media had reached its capture capacity, ProSep was able to regenerate the media with one regeneration cycle and demonstrate the renewed OiW capture capability that was on par with the previous water treatment cycle.  Subsequent to the first phase, the second phase of the field test was completed to demonstrate a second regeneration method, giving flexibility and options to customers.

During the JIP demonstration, eight water treatment cycles were completed, which provided results showing that the technology outperformed the existing conventional equipment of an Induced Gas Flotation vessel and a Nut Shell Filter. The oil free water provided from the Osorb Media System extends the lifetime of disposal wells and can recover up to 40,000 gallons of oil per year from the current produced water volumes at Marmul.

“ProSep would like to thank all of those involved in making this joint field demonstration a success,” said Ryan McPherson, Middle East General Manager at ProSep. “The results achieved during this project are the stepping stones for Osorb’s continued success both in the GCC and around the world. This ‘best in class’ technology is creating a paradigm shift by providing superior water treatment, which, coupled with its ‘regenerative’ ability, is beneficial to the environment as well as economical to operators.”

In August 2017, the company announced it secured a multi-million-dollar order for an Osorb Treatment System to be deployed on an offshore platform – a momentous breakthrough for this technology.

Osorb Treatment Systems positively impact both the environment and production facilities by reducing hydrocarbons in water to <1 ppm for as low as $0.07/bbl.  Furthermore, the construction of new projects which implement Osorb Treatment Systems can replace multiple water treatment equipment, which reduces the overall size, weight and operation costs on the platform and benefits the customer’s bottom line.